The Society of Jesus [S.J.] (AKA the Jesuit Order and “the Company” – was founded circa 1534 by a Spanish Basque Roman Catholic soldier named Ignatius de Loyola [Ignacio de Loyola] (1491-1556) and several other individuals. The Jesuit Order was OFFICIALLY recognized as a Roman Catholic religious-military order in 1540 by Pope Paul III. In 1541 Ignatius of Loyola became the first Jesuit Superior General (i.e., the first “Black Pope”, which is an “Italian nickname” for the Jesuit Superior General), a title-office that he held until his death in 1556.

Ignatius of Loyola, after finishing his military service – and after recovering from a combat wound, became a Roman Catholic priest – and later became known as a Roman Catholic theologian. He is quite famous for his “Spiritual Exercises” and meditation techniques, which are used to this very day. The religious-military order that he co-founded became the “spearhead” of the Counter Reformation, which was responsible for “countering” [i.e., opposing] the so-called Protestant Reformation, which it did “counter” quite successfully. Since the time of the Council of Trent (held in three sessions in Trent, Italy from 1545 through 1563), the Jesuit Order has basically controlled the Papacy and the entire mechanism of the Roman Catholic Church. The Jesuit Order also controls the powerful and influential Knights of Malta and the highest levels of so-called “Protestant” Freemasonry. Historian James Parton stated: “…if you trace up Masonry, through all its Orders, till you come to the grand tip-top, head Mason of the World, you will discover that the dread individual and the Chief of the Society of Jesus are one and the same person!”  Through its control of the Knights of Malta and the top levels of Freemasonry, the Jesuit Order controls the international intelligence community and the international banking community!

Jesuits are famous for “blind obedience” [i.e., for blindly following their superiors’ orders]. The Jesuits are also very famous for being the father-confessors to rulers and the wealthy elite, such as emperors, kings, queens, mistresses, prime ministers, princes, princesses, generals, and admirals.

The Jesuits are infamous for being expelled by numerous countries and city-states, including from numerous predominantly Roman Catholic countries, such as Portugal and Spain. They were also thrown out of Russia several times (e.g., 1816 and 1820). According to Canadian Historian J. E. C. Shepherd: “Between 1555 and 1931 the Society of Jesus was expelled from at least 83 countries, city states and cities, for engaging in political intrigue and subversive plots against the welfare of the state…”

The Jesuits are also infamous for assassinating heads of State, such as Tsar Alexander I and Tsar Alexander II of Russia. Authors Brigadier General Thomas M. Harris, Burke McCarty, and Chuck Wilcox all make a very good case about Jesuit and Papal involvement in the assassination of President Abraham Lincoln in 1865. The Jesuits are also infamous for starting wars (including world wars) and revolutions such as the French Revolution (1789-99) and the Bolshevik Revolution (1917) in Russia.

The End Justifies the Means by J. Beaufort Hurlbert 1890

Who Are the Jesuits, and Should You Be Concerned Today?

Who is Dr. Francis Collins and should you be concerned?

Dr. Fauci and Pope Francis: Jesuit Birds of a Feather?

The Curious Catholic Connections with the CDC

Unholy Vatican Alliance: Social Justice and the Society of Jesuits 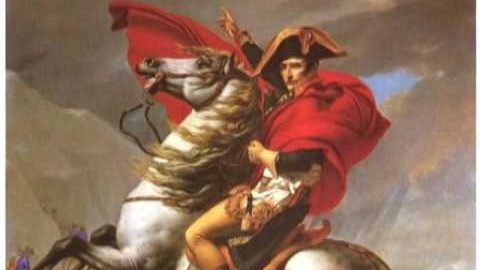 The Jesuits and the Covid Pandemic 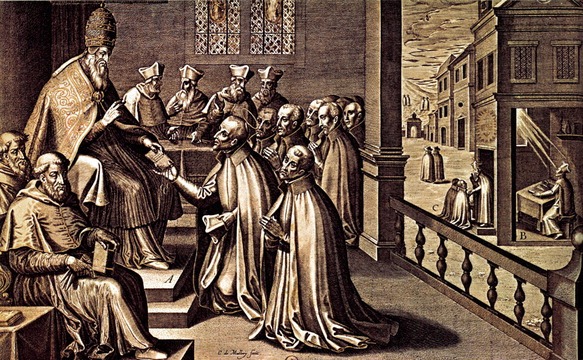 The Counter Reformation and the Jesuit Order