These books are highly recommended.

On the Wings of Grace Alone: The Testimonies of Thirty Converted
Roman Catholics

Denis C. Shelton, a theologian in the Reformed Community in Australia, writes:

“I am pleased to recommend the book “On Wings of Grace Alone. In reading these moving testimonies, the key factors in many of them, which God used to save the individuals and bring them out of Rome, were the Bible and the faithful testimony and lives of genuinely saved Christians. Put this book, then, in the hands of dear Roman Catholics to help them to come to Christ through His Word – and in the hands of Christians to help them to be informed as to how far Catholicism is from Christ and the Scriptures and, therefore how vital is our own witness to Christ by word and life before them.”

You can get On the Wings of Grace Alone from the following online vendors: 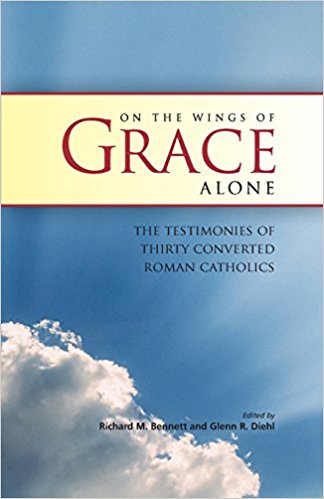 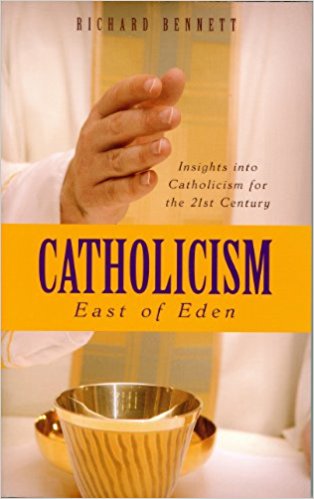 Catholicism: East of Eden, Insights Into Catholicism for the 21st Century

How is Catholicism “East of Eden”? Worldwide interest in all things Catholic mixes with consternation over recent disclosures from within the Church. Amidst doctrinal and moral confusion, most issues remain unanalyzed and unexplained, leaving both Catholics and non-Catholics wondering where the Roman Catholic Church stands. This book will leave no doubt about the truthful answer. In Catholicism: East of Eden, Richard Bennett has addressed the 21st-century issues of Catholicism with candor and empathy.

You can get Catholicism: East of Eden from the following online vendors:

Far From Rome, Near to God: Testimonies of 50 Converted Catholic Priests

Then Banner of Truth has published the third edition of Far from Rome, Near to God the Testimonies of Fifty Former Catholic Priests.

This book contains the moving testimonies of fifty priests who found their way, by the grace of God, out of the labyrinth of Roman Catholic theology and practice into the light of the Gospel of Christ. But this is not a narrowly polemical work, nor is its relevance limited to the ongoing controversy between Rome and the churches of the Reformation. The love and concern felt by the former priests for those they left behind, and their fervent desire that they too should experience the joy and peace of salvation in Christ is seen throughout.

The wider relevance of the experiences described will also be felt in many contexts remote from Roman Catholicism, where human pride and presumption have erected rival sources of authority between people and the Word of God, so obscuring the way of salvation by grace alone, through Faith alone, and in Christ alone.

You can get Far from Rome, Near to God from the following online vendors: 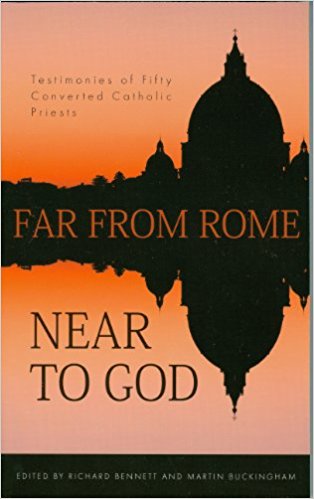 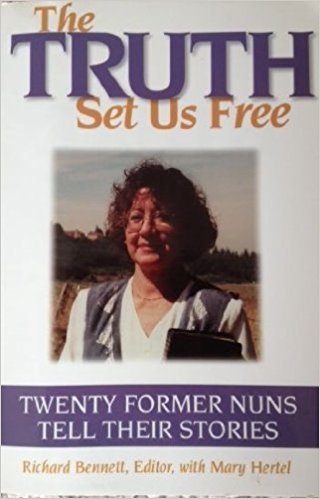 These women became nuns in Catholic convents as their finest means of serving God. The testimonies are “inside stories,” intensely personal, wonderfully down-to-earth. They ask and finally get the right answers to some of the same questions that you yourself might ask. The solid promise of Holy God in Scripture is, “And ye shall seek Me, and find Me when ye search for Me with all your heart.” This volume is a modern testimony to that living promise. The book will be of avid interest to dedicated Catholics who often do not know the realities of convent life. Also, it with be of great interest to lapsed Catholics who have become discouraged by the practice of a religious faith which has not answered his or her inner emptiness and confusion. Evangelicals who are being drawn more closely into “dialogue” with Catholics, unaware of the inner workings of that huge, seemingly mysterious system, will also be keenly interested.

You can get The Truth Set US Free from the following online vendors:

The Roman Catholic – Lutheran Accord

The Roman Catholic – Lutheran Accord is a thoroughly biblical commentary on this landmark agreement of October 31, 1999. This booklet reveals the marks of deception and apostasy in the doctrine of both groups, as displayed in the Accord.

To obtain free copies of this booklet online, please click below: 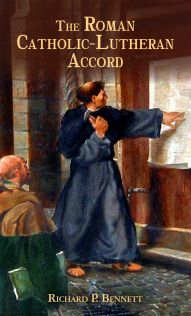 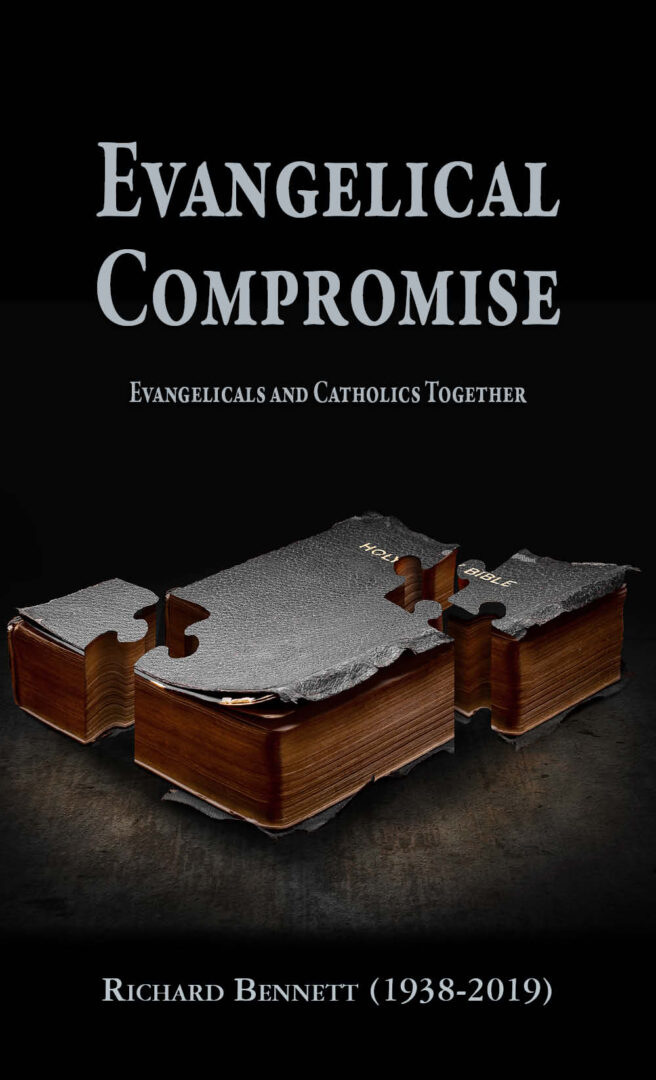 Evangelical Compromise: Evangelicals and Catholics Together

Evangelical Compromise reviews the ecumenical documents “Evangelicals and Catholics Together” (signed by prominent evangelical and Catholic leaders in 1994) and “The Gift of Salvation” (a joint statement produced in 1997). This booklet presents an important case study regarding cooperative efforts of evangelism and moral influence in society. When do such well-intentioned efforts go astray? What doctrines may be ignored in such efforts? And which ones must be maintained, even to the point of separation from such cooperation? This will help readers discern situations when “doctrine divides” for valid scriptural reasons, and that “love” must never lead to a compromise of biblical truth. When evangelicals and Catholics use the terms grace and justification, they do not mean the same thing at all! 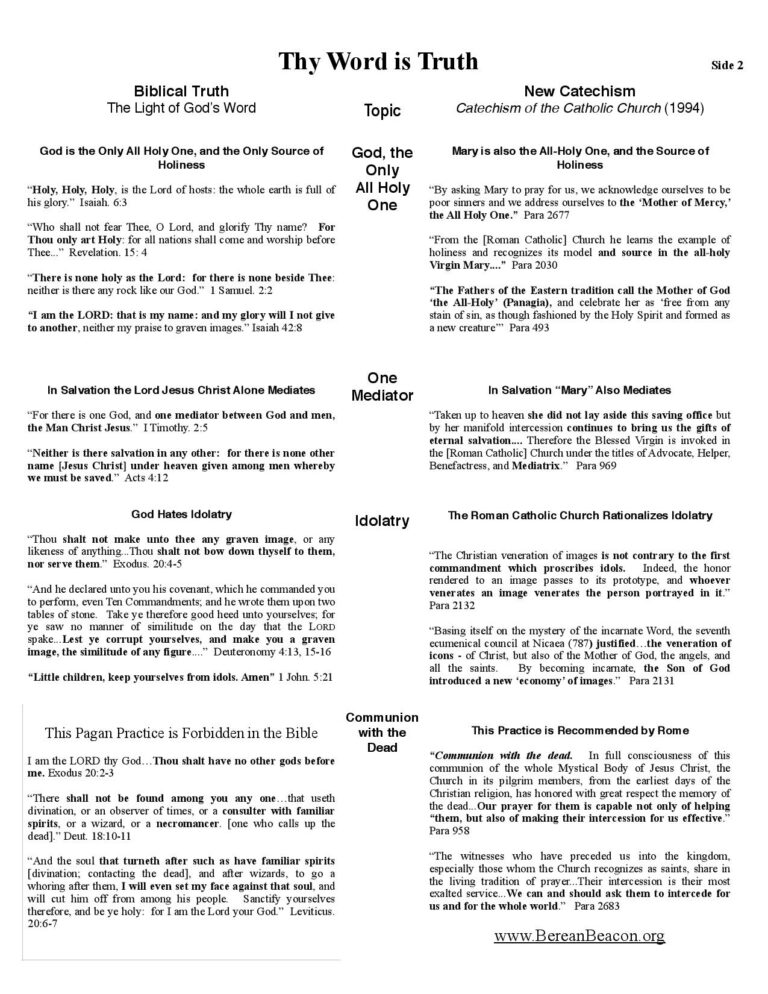 “The Comparison Chart” – Thy Word is Truth

A side by side comparison chart using the official 1994 catechism of the Catholic Church and the Bible. The chart highlights eight major topics of concern and shows the contradictions in Roman Catholic teaching. The article is accompanied by an audio explanation by Richard Bennett.

Excellent Books on True Church History and Our Protestant Heritage 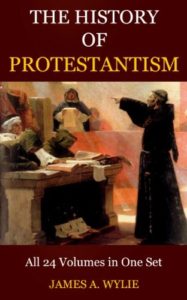 THE HISTORY OF PROTESTANTISM by J. A. Wylie

The History of Protestantism’ by J. A. Wylie, is an incredibly inspiring work. It pulls back the divine curtain and reveals God’s hand in the affairs of His Church during the Protestant Reformation. 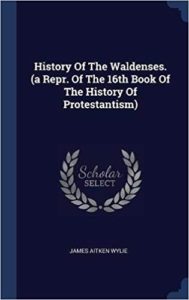 THE HISTORY OF THE WALDENSES by J. A. Wylie

Reprint of the Sixteenth Book of the HISTORY OF PROTESTANTISM. It describes succinctly the conflicts they waged and the martyrdoms they endured in defense of their faith and their liberty, and is published in the present form to meet the requirements of those who take a special interest in this remarkable people. 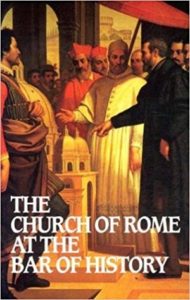 Church of Rome at the Bar of History by William Webster

Focusing on major issues and in a non-polemical way, William Webster raises questions about doctrines of the Roman Catholic Church that current Catholics claim as part of a changeless creed, but which were not held by predecessors.

What Every Catholic Should Know

Every good Catholic wants to please God in this present life and, when life on earth is over, hopes to live with Him forever. It’s a noble goal based on their personal beliefs about God and how they seek to know Him. But noble intentions and personal beliefs about God don’t guarantee results—or eternal life. I urge you to do what I did after 22 years as a Dominican priest—make sure your beliefs have a solid foundation in the Bible. To get copies of this tract, please click on the image below or Email Literature Ministries International at info@litmin.org.

Are you Right with God?

This tract explains how to KNOW that you’re right with God. Scriptures are compared with Catholic teachings in six critical areas. It contains clear explanations of salvation by God’s grace through Faith alone in Christ alone. Written for Catholics and other religious folks who hope that their good works and/or good character will earn them a place in heaven. You can purchase this tract from Literature Ministries International by clicking on the image below or Email Literature Ministries International at info@litmin.org.

Chapel Library has published Richard’s testimony, “From Tradition to Truth: A Priests Story” in booklet format. It is published in English, French, Polish, and Spanish. You can order this free booklet online by clicking the image below or contact Chapel Library by mail, phone, or email:
2603 W. Wright St., Pensacola, FL 32505, USA
Telephone: (850) 438-6666
Email: chapel@mountzion.org

From Tradition to Truth, A Priest Story

This is an affordable condensed version of “From Tradition to Truth” A Priest Story. Excellent resource for passing out to large crowds. This tract is published by Osterhus Publishing and can be ordered online by clicking the image below or by calling 1 (877) 643-4229 / 1 (763) 537-9311 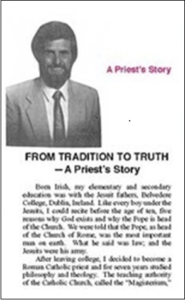 What Every Good Catholic Should Know

This is an excellent tract for comparing official Roman Catholic teaching with the Bible. The tract published by Osterhus Publishing and can be ordered online by clicking the image below or by calling
1 (877) 643-4229 / 1 (763) 537-9311 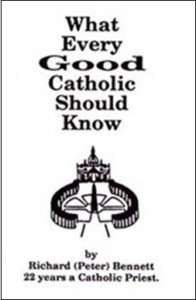