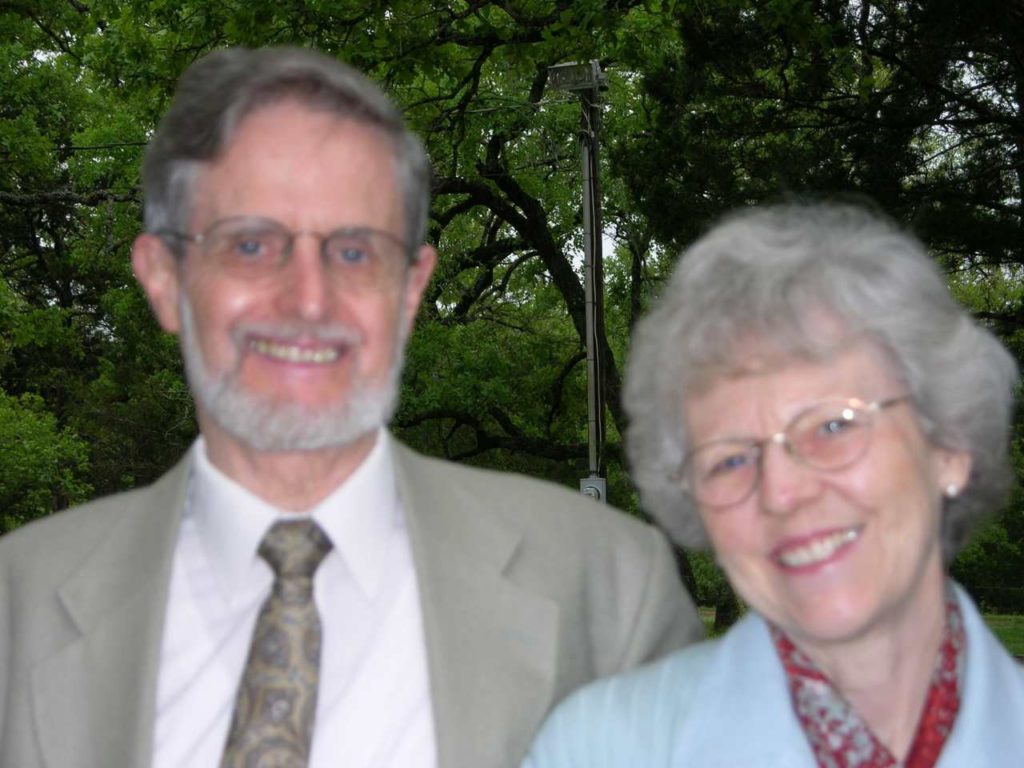 It was on July 4th, 2020,  that Lynn Bennett graduated  from this Earthly School to Eternal Life.

Lynn has moved on to be with her Lord in eternity.  It is true that her body finally gave in to a decade’s long struggle with cancer.  Yet, Lynn’s soul and spirit were unrelenting.  Now she is rejoicing in the presence of the Lord for Whom she awaited. Richard and Lynn were united in marriage on July 4th, 1986. And now every July 4th, our hearts will stir as we remember a loving couple that touch so many lives across the world.

“She looketh well to the ways of her household, and eateth not the bread of idleness.” Pr. 31:27

Lynn was instrumental in the operation of the Berean Beacon Ministry.  She complemented Richard in serving in the background.  Editing Richard’s articles, keeping track of books and records, and organizing and researching for the Berean Beacon. Lynn was a versatile and hard-working servant of the Lord.

Many of us know Lynn as the helpmate of Richard Bennett.  Indeed, for over 30 years, she supported Richard well emotionally, spiritually, and physically.

Not only did Richard experience spiritual Reformation after coming to the Lord, but Lynn ensured that Richard would also undergo physical reformation – of his diet.  Lynn introduced Richard to organic, healthy cooking.  Before Lynn had met Richard, he subsisted on white bread and Coca Cola.

Lynn stood for her principles and love for souls.

Lynn and Richard taught English as a second language in mainland China for a year.  Her first class was filled with bright university students aspiring for careers in the Communist Party.  The textbook from which Lynn was assigned to teach did not suit her.  So she took a risk and gave her Chinese students an ancient riddle:

“Where wast thou when I laid the foundations of the earth? Declare, if thou hast understanding. Who hath laid the measures thereof, if thou knowest? or who hath stretched the line upon it? Whereupon are the foundations thereof fastened? or who laid the corner stone thereof…”  (Job 38:4-6)

The Lord used Lynn and Richard in this class to minister the gospel of Jesus Christ.  Souls were saved and Members of a young generation without hope were able to see the light of God and His Word.

Lynn is survived by her daughter Solveig and sons Knut and Gunnar Christiansen. She also had 2 granddaughters, Ahwyn and Lynzi along with a grandson, Adam.

Gifts and cards can be sent to:

This website uses cookies to improve your experience while you navigate through the website. Out of these, the cookies that are categorized as necessary are stored on your browser as they are essential for the working of basic functionalities of the website. We also use third-party cookies that help us analyze and understand how you use this website. These cookies will be stored in your browser only with your consent. You also have the option to opt-out of these cookies. But opting out of some of these cookies may affect your browsing experience.
Necessary Always Enabled

Any cookies that may not be particularly necessary for the website to function and is used specifically to collect user personal data via analytics, ads, other embedded contents are termed as non-necessary cookies. It is mandatory to procure user consent prior to running these cookies on your website.